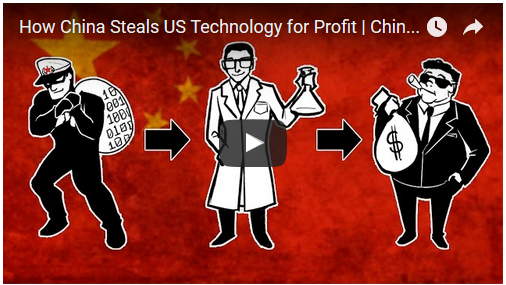 There can be little doubt Russia engaged in hacking during the election in large part because Russia doesn’t bother hiding its agenda. One of the great curiosities of history is how Hitler managed to take the world by surprise when he laid out his vision and goals clearly in Mein Kampf. Churchill was ridiculed for being a lone voice in the wilderness but he did so because he had actually read what Hitler said and took him seriously. Likewise, Putin has made no secret of his desire to rebuild Russia as a major power in opposition to the US and Western Europe. Alexander Dugin, a little known figure in western media, is likely the main ideological force behind Putin. His goal:

“Dugin’s solution is for Eurasia to consciously become a Grossraum (“great space” in German), analogous in scope to the Atlanticist world. Within this Grossraum, Dugin proposes a complex distribution of power between a “strategic center” and various subdivisions, based on culture and history, known as “autonomies.” This center is responsible for basic economic and military coordination between the autonomies, which are otherwise left to organize their internal affairs in accordance with their own unique traditions. Thus there is room for a range of different political, economic, and social systems, though it seems clear that Dugin imagines most will adopt a basically conservative and corporatist structure.”

In other words, Dugin seeks to reconstruct the Soviet Union but as a loose confederation rather than an empire ruled totally from Moscow. To achieve that end, Dugin has stated openly Russia should conduct efforts to destabilize the United States internally while externally moving to break away longtime allies:

Dugin also promotes aiding anti-American regimes in Latin America, and leading Japan and Germany away from the United States into an alliance with Russia, citing German New Right sentiments about withdrawal from NATO and neutrality with Russia.”

Given Russia’s conduct in the middle east and evidence it is supporting, even to the extent of arms, the rise of nationalist parties in Europe, these are more than just the mental meanderings of an academic. Thus, it boggles the mind so many are outright rejecting the idea Russia would meddle in so important an election. Especially with one candidate representing the rise of nationalism and populism in American politics; or, as Mark Levin rightly put it, the reemergence of an old and discredited ideology. The Right is, strangely, up in arms over new reports of Russian hacks during the election, yet back in October the WSJ reported the Russians had stopped bothering to even deny the allegations they were responsible for leaked DNC emails. Further proof comes from the outlet for the information, Wikileaks, which intelligence expert John Schindler has long called “a front for Russian Intelligence.”

“For years there have been questions about just what Wikileaks actually is. I know because I’ve been among those asking. Over two years ago, little more than two weeks after Snowden landed in Moscow, I explained my concernsabout Wikileaks based on my background in counterintelligence. Specifically, the role of the Russian anti-Semite weirdo Israel Shamir, a close friend of Assange, in the Wikileaks circle merited attention, and to anyone trained in the right clues, the Assange group gave the impression of having a relationship with Russian intelligence. As I summed up my position in July 2013, based on what we knew so far:

It’s especially important given the fact that Wikileaks is playing a leading role in the Snowden case, to the dismay of some of Ed’s admirers and even members of his family. Not to mention that Snowden, as of this writing, is still in Moscow. One need not be a counterintelligence guru to have serious questions about Shamir and Wikileaks here. It may be a much bigger part of the story than it appears to the naked eye.

Evidence that Wikileaks is not what it seems to be has mounted over the years. Assange’s RT show didn’t help matters, neither did the fact that, despite having claimed to possess secret Russian intelligence files, Wikileaks has never exposed anything sensitive, as they have done with the purloined files of many other countries. To say nothing of Assange & Co. taking unmistakably pro-Russian positions on a host of controversial issues. Questions logically followed.”

Tom Nichols agrees, pointing out the preponderance of evidence leads the rational to conclude Wikileaks is a tool for the Russians to undermine the US both domestically and internationally:

“Assange’s defenders will complain there is no smoking gun linking WikiLeaks and its cult leader to Moscow. There isn’t, but that’s because in the real world things don’t happen the way they do in the movies. There is no receipt in a desk waiting to be found by an eager journalist. No child prodigy is going to hack a phone in five minutes and find a voicemail from a man with a thick Russian accent explaining the exact location of a dead drop.

For more sensible people, however, the evidence is damning. First and foremost, WikiLeaks—citizens of the world that they are—never seem able to leak anything damaging to the interests of the Russians. They likewise avoid antagonizing the Chinese or any other autocratic regime that might take umbrage or engage in retaliation. Almost every leak of any consequence is aimed squarely at the United States and its allies, and never as assistance to noble activists anywhere else.”

These accusation are not, therefore, wild conspiracy theories pulled from thin air. As a reminder, the media and Congress took seriously the idea Reagan conspired with the Iranians to not release the embassy hostages until after the election. The so-called evidence which led to twelve years of media and Congressional investigations was the timing of the incident and the bizarre claim by a professor that VP candidate George Bush boarded an SR-71 and flew to Paris to meet with the Iranians. Democratic Speaker of the House Tom Foley literally said evidence was irrelevant and all that mattered was the “seriousness of the allegations.” It’s curious to see the media and Democrats suddenly so concerned over fake news.

Now there is both evidence and a serious allegation, but the Right, especially Trump surrogates, shout down any suggestions of an investigation in apparent fear of making Trump’s election illegitimate. This is infuriating on multiple levels. First, because it turns the Right into the Left. As Jonah Goldberg defines it, “The essence of progressivism is to be hostile to any external restraints on progressivism.” Thus, rather than standing for principles, the Right is standing for a man and for their political power. Moreover, the Right is, historically, the side which expels its bad actors rather than excusing their bad behavior yet now seems so fearful of what an honest investigation might reveal about their own side they refuse to countenance an investigation into a serious breach of national security. By allowing this situation to go unexamined, they allow it to fester possibly leading to even more severe national security problems down the road. As for delegitimatizing the election, to the Left that started on election night and only the excuses changed; it was a whitelash, Trump is unfit so is illegitimate, we’re scared so its not legitimate, the electoral college is undemocratic, and none of these have gone away or ever will. Did the Left ever stop denouncing Bush over the Florida faux-recount? Finally, its a toss-up which logical fallacy the Left uses more: the Strawman or the false dichotomy. Trump one the election. Period. It is true Russia conducted espionage and interefered in the election. Full stop. Both can be true. One does not automatically invalidate the other. Dear Right, please stop acting like the Left.

So many disasters and outrages have occurred during the Obama administration it becomes easy to lose track and forget. Let’s not forget that while Obama and the media were condescendingly ridiculing Romney for labeling Russia our biggest geopolitical threat, a hot mic revealed Obama cozying up to the Russians. One of the many reasons this issue needs an investigation is to fully understand the extent of Obama’s disastrous policies and attitude toward Russia. Moreover, it is a much broader issue and getting caught up in supporting Trump over principle drowns out the constant cyber attacks against the United States. Again under Obama’s watch, let’s not forget the Chinese hack of 22.1 million personnel records. Unsurprisingly, the current media outrage over a foreign power’s cyber attack on the US was not present. The Chinese military routinely hacks US government and businesses to steal information and technology at an estimated cost to the economy of $5 trillion. Per year. It would be nice if both Left and Right, Republicans and Democrats, would stop posturing for political gain, investigate cyber threats seriously, and institute appropriate countermeasures against the bad actors of the world. You’ll forgive me if I don’t hold my breath.